Mariners baseball is starting in just a few weeks, the tulips are up, and all my listings are pending! Let’s see what happened in Seattle’s February real estate market in key neighborhoods:

Below we compare the number of active listings (supply) and pendings (demand) for several of the key Seattle neighborhoods including Central Seattle, Queen Anne and Magnolia, Belltown and Downtown, Ballard and Greenlake, and North Seattle. Our table includes single family residences as well as condos comparing February 2015 and 2016.

Median sales prices are up quite dramatically in some areas comparing February 2015 versus February 2016 numbers. See the tables below!

With the number of sales dropping in some areas due to lack of inventory, median sales price adjustments may get more pronounced. For example, in North Seattle, the number of sales dropped from 81 last February to 65 this February. However, in Ballard/Greenlake, the sales went from 119 last year to 189. Belltown went from 23 last year to 40 this year. Queen Anne/Magnolia was about at par with 69 sales last year and 71 this year. Central Seattle went from 105 to 83.

In Ballard/Greenlake, there were several lower-priced properties that sold that might be skewing the median a bit. The Cove at Verdian counted for 8 of the 189 sales, all under $239,000. In addition the Vik condo project accounted for 64 sales, ranging from to $261,900 to $755,900.

Just like in Belltown last summer with the Ensignia project, as inventory is low and a buildings-worth of new product comes on the market, I expect median home prices to skew based on the pricing in the development.

The median home price for February in all of Seattle for both residential and condos was $511,000, which is 16.1% above last February’s $440,000. February had 695 listings available on the market and as of this writing, there are 747 active listings, which is good for our market.

If you would like to learn more about what is happening in your neighborhood, let’s talk! Please contact me – your Seattle Home Guy – at sold@windermere.com or give me a call: (206) 226-5300. 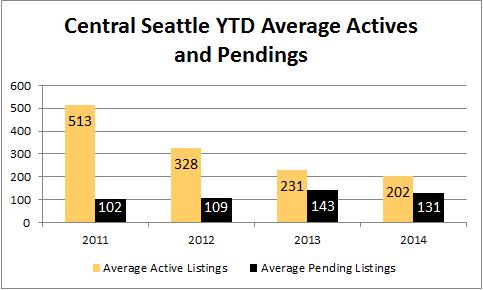 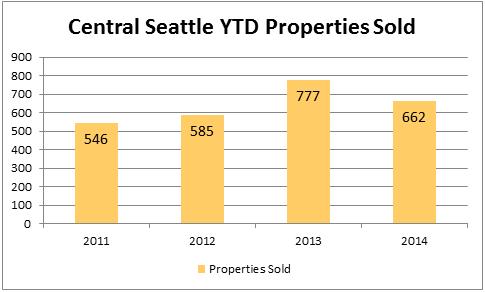 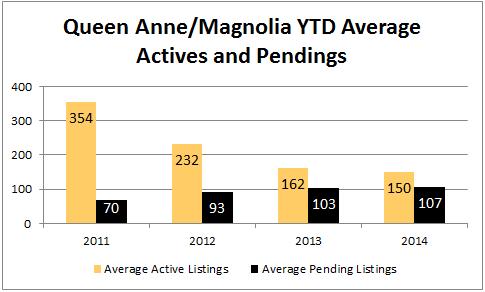 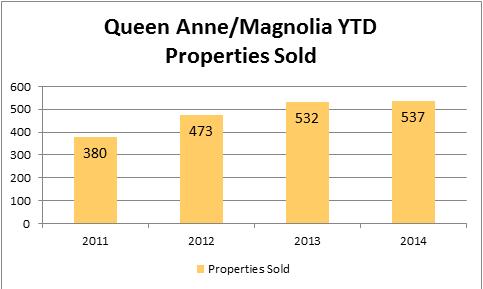 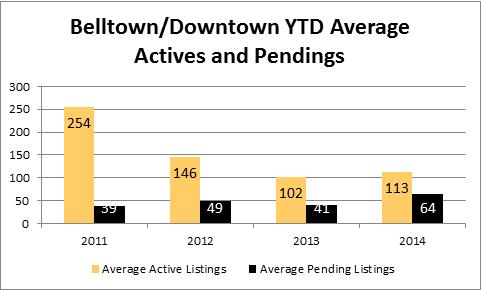 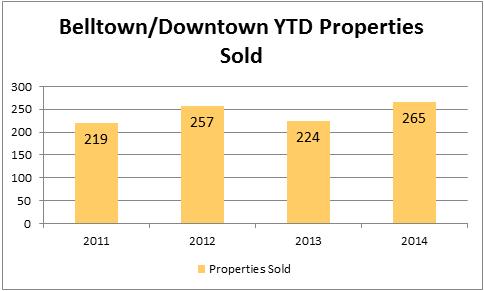 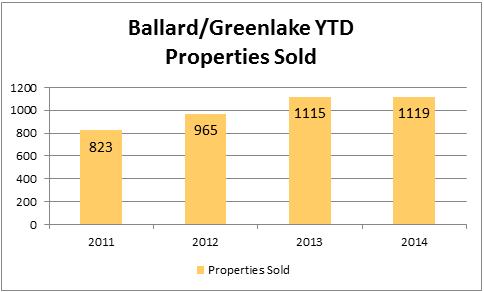 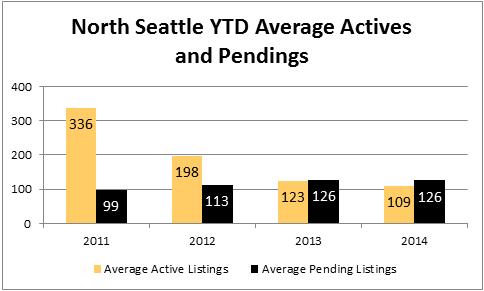 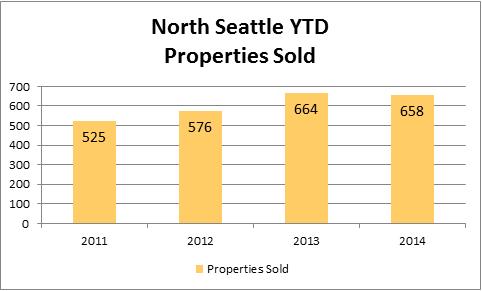 The Seattle inventory ratios for the last twelve months are as follows: 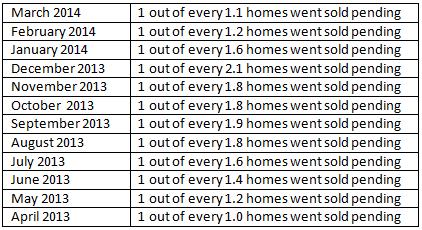 In fact, the last 26 months (February 2012 through March 2014) have all had seller’s market indicators!
Another way to look at inventory is the number of homes available for sale. In March 2014, there were 797 active listings available for sale. The 10 year moving average for the number of active listings available in March is 1,704. Therefore we are 53% below our 10 year moving average for Seattle housing inventory.
Inventory continues to be a challenge in the Seattle area. As you can see in the graphs below, in most areas, supply cannot keep up with demand. I expect these conditions will continue until we have enough homes available for the number of buyers who are in the market. 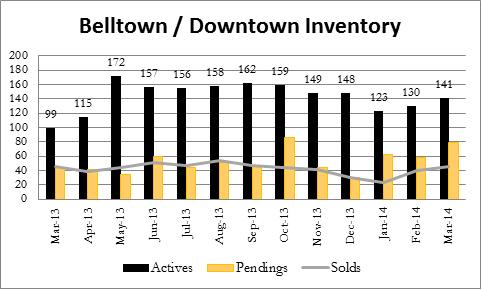 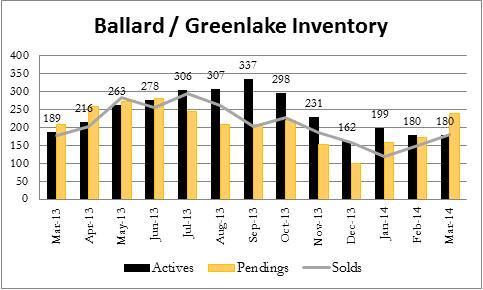 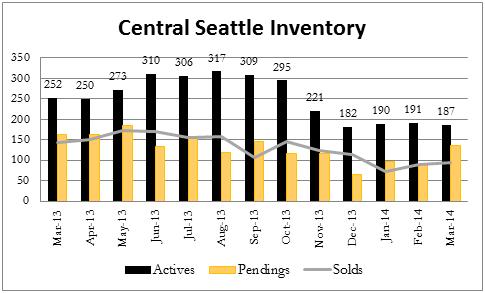 Median Sales Prices in most areas have risen along with the high demand. However, due to lack of inventory in certain price points, median sales prices in some areas have seen a decline because there are simply not enough homes available at higher price points.

If you have been wondering how your home fits in the market or would like additional data or information, please contact me. I would be happy to look at the numbers for your neighborhood and let you know where you stand with your real estate investment. Please contact me at sold@windermere.com or give me a call: (206) 226-5300.