October was another great month for SELLERS in Seattle.

SO WHAT HPPENED TO SEATTLE REAL ESTATE IN OCTOBER?

In October there were 772 ACTIVE listings in the Seattle real estate market.

Which means that 1 out of every 0.946 homes on the market went pending in October.

The 0.946 ratio is a strong SELLER’S MARKET INDICATOR.

THE PAST 22 MONTHS HAVE SEEN THE BEST SELLER RATIOS EVER FOR SEATTLE ABSORPTON RATE.

In October there were 772 ACTIVE listings in Seattle.

The 772 ACTIVE listings is 57% under our 10 year average for October inventory.

Another way of looking at it is that we are only at 43% of our average inventory for this time of year.

In the month of October the AVERAGE list price vs sales price for Seattle was 102%.

So the average home sold for 2% over the asking price in October!!!

The AVERAGE days on market for a Seattle home in the month of October was 17 days before they accepted an offer.   The record is 14 days which was set in May 2016.

And real estate is always LOCALIZED.  What I mean is that CERTAIN areas are moving better than other areas.  Let’s take a look at list price vs sales prices for some different neighborhoods in Seattle for the month of Ocotber. 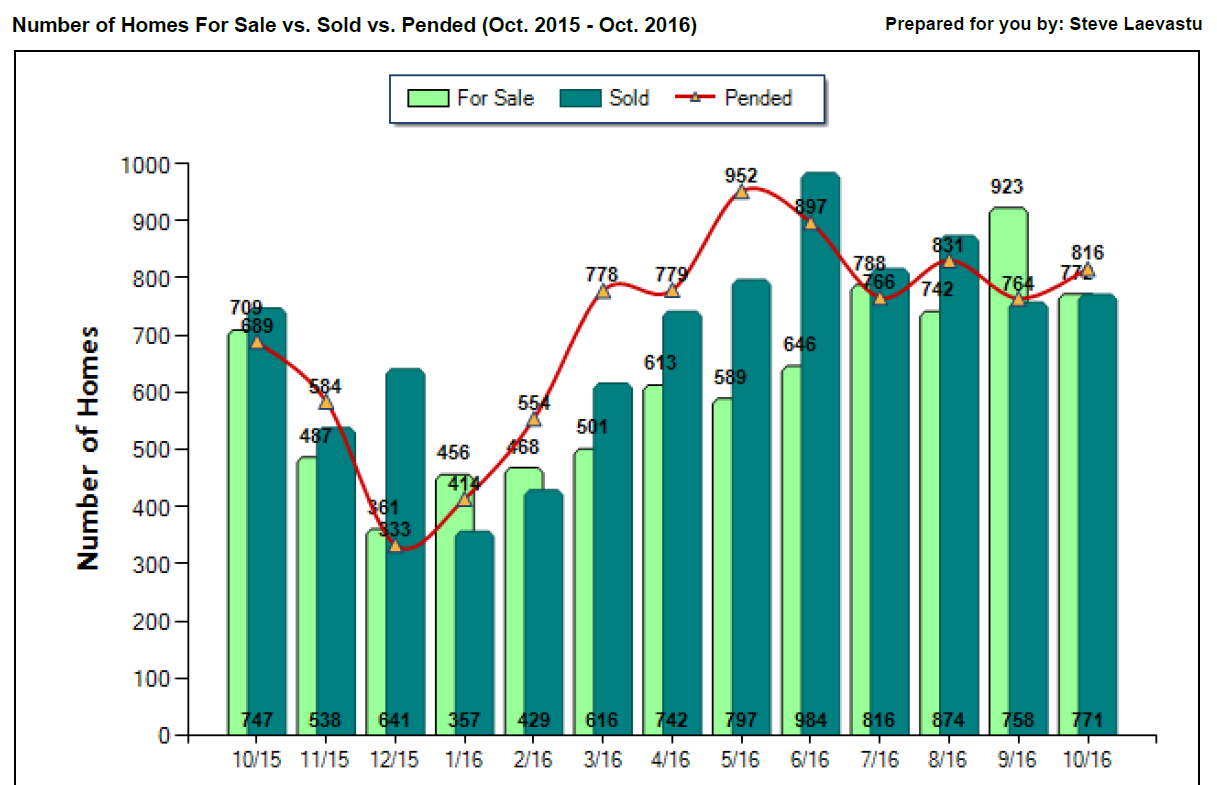