In January there were 581 ACTIVE listings in the Seattle real estate market.

THIS IS THE LOWEST NUMBER OF ACTIVE LISTINGS THAT I HAVE EVER SEEN IN SEATTLE REAL ESTATE IN MY 28 YEARS IN THE BUSINESS!!!

Which means that 1 out of every 1.02 homes on the market went pending in January.

The 1.02 ratio for Seattle is the BEST RATIO I HAVE EVER SEEN IN MY 28 YEARS AS A REALTOR.

The 581 ACTIVE listings is 61% under our 10 year average for January inventory.

In the month of January the list price vs sales price was 100%.

WHAT TO EXPECT IN FEBRUARY?

Inventory always bottoms out in Seattle on December 31st.  And new inventory starts to hit the market on January 1st.  HOWEVER, THE FIRST 5 WEEKS OF 2015 VERY LITTLE NEW INVENTORY HAS BEEN HITTING THE MARKET.  I expect February inventory to increase slightly from the RECORD LOW INVENTORY OF 581 ACTIVE LISTINGS.

And because buyers still have very little to choose from I expect the pending units for January to come in around 550.

The past 6 months have had INVENTORY/PENDING ratios of 1.0 to 1.7 (a strong seller’s market) therefore I expect February to be the same since no leading indicator/parameter has really changed much over the past few months.

So expect February to be another great month for sellers with an inventory/pendings ratio of 1.0 to 1.7

And with the market being so out of equilibrium I expect the AVERAGE SALES PRICE TO LIST PRICE RATIO TO BE OVER 100%.  I think it will come in at 101%

If you have any questions or concerns please feel free to contact Steve Laevastu 206-226-5300 sold@windermere.com 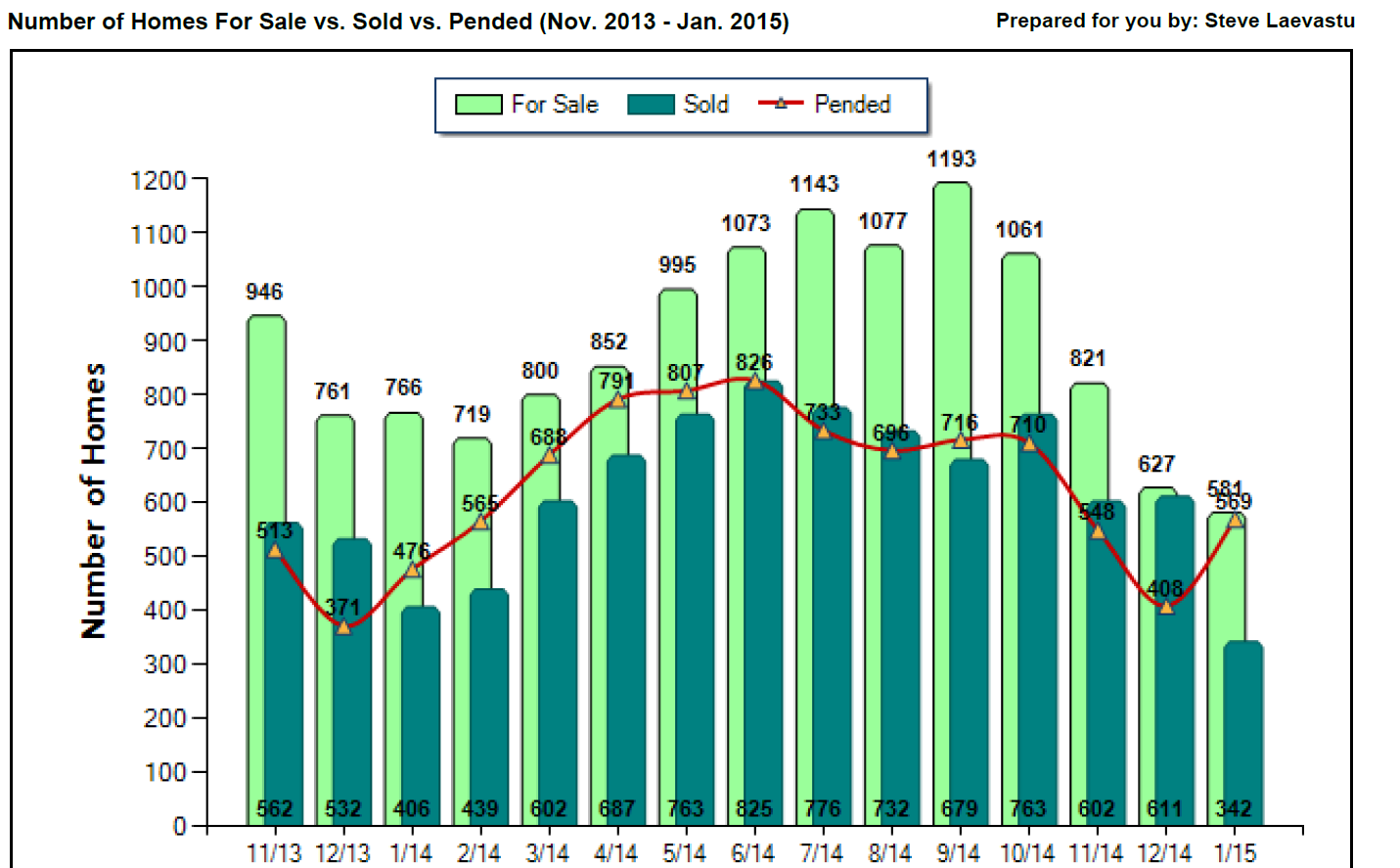